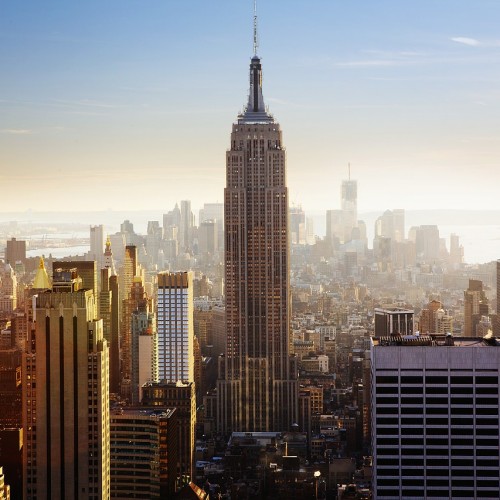 Welding is a broad term that simply refers to the joining of metal parts by using heat. It’s easy to see why so many industries rely on the practice, but sometimes its significance can be overlooked.

To underline the potential of welding as a practice, we’ve put together a list of some of the world’s largest, most impressive, welding projects. We’ve taken a look, in particular, at our transatlantic cousins for this one. They seemingly have a talent for it.

Where else could we have started? Until recently, the Empire State building was the tallest building in the world and it relied heavily on welders. During the Great Depression of the late 1920s, a staggering number of welders found themselves out of work – luckily for them, plans to build New York’s best-known skyscraper came along to provide them with work.

It wasn’t exactly a bed of roses, though, with working conditions incredibly dangerous and the need to work quickly two constants. Safety was often comprised, although only 2 deaths can be directly attributed to people falling from height.

What’s so special about a pipe, I hear you ask? For one, the number of people that it took to perform all the necessary welds on this particular structure was enormous. Secondly, the temperature that the welds had to withstand were incredibly low.

Withstand them, though, they did. The 1973 oil crisis caused a serious shortage in the USA, so a way of transporting oil safely through the country’s largest state became necessary. Among other challenges, the workers faced extreme cold and severe isolation. Running for around 800 miles, the pipeline relied on the work of extremely skilled welders, some of whom ostensibly became a little big-headed about their latest project.

Another from across the Atlantic, but it’s another great example of a huge structure that relied entirely on highly-skilled welders. In a way, it’s easier to appreciate the skill of these workers when looking at the bridge than it is with the Empire State Building; you can see the individual metal parts and, in some cases, the actual weld itself.

We won’t build anything to rival the Empire State building for you, but we do have a wide range of welding equipment here at Arc Welding Services Ltd. If you’re interested in talking to us about our used or new equipment, just get in touch.